A study of educational needs of general physicians in selected areas

Background:Despite the large amount of information that general physicians need to gain ,It is necessary to prioritize the need for learning in the formulation and design of educational programs. This study aims to determine the most important priorities of general medical graduates in selected areas.
Methods:This cross-sectional study (2016) was conducted on 400 general practitioners who had at least 3 years of clinical practice beginning as a general practitioner. Data were collected through demographic variables and valid and reliable researcher-made questionnaire in four domains included internal medicine (18 items), neurological diseases (7 items), pediatrics (26 items) and emergency medicine (20 items). Data were analyzed by SPSS software using descriptive index and chi-square test (P <0.05).
Results:Three primary priorities in internal medicine, were blood pressure (76%), diabetes (68.3%) and hyperlipidemia (61.5%), in pediatric, were fever (72%), gastroenteritis (58%) and pneumonia (59.8%). %), in neurology, were Headache (78.3%), dizziness (54.8%) and limb weakness (27.3%) and in emergency, were hypertension (77%), asthma attack (46%) and Trauma (41%). There were no significant differences between education priorities in some internal and pediatric areas including diabetes, fever and enterogastric and sex (p> 0.05). There was a significant difference in the emergency areas and years of employment. (P< 0.05)
Conclusion: Assessment of educational need and design of appropriate programs for general practitioners in order to improve the level of knowledge and better performance in order to provide appropriate health care should be prioritized.

Given the advances and rapid changes in the field of medical science, there is a need for new ways to provide more appropriate medical cares. One of the main ways to cope with daily changes in medical profession is to focus on the ability of the expert professionals to make new progress. Continuing education is a proven way for preserving doctors’ knowledge, skills, and attitudes in providing health care services to patients (1). Also continuing education is necessary for all post-graduates that aim at maintaining acquired skills and improving their quality and quantity, as well as learning new academic content and skills help them to provide higher quality community health care services (2).

General practitioners play a major role in providing health care services as the first level in a health system. The large amount of information general practitioners need to acquire on one hand, and the time limitation for preparing doctors to enter the therapeutic area on the other hand are the main reasons for prioritizing a need for a formulation-based learning and designing educational program (3).

To provide new services in health domain, it is necessary to demarcate the training needs of the service providers (2). The provision of educational program, regardless of the educational needs, and the careful analysis of needs and prioritizations, will lead to an unsuited educational program; however, this obviously will increase the health costs and does not improve the learners’ level of knowledge, skills and motivation (4). Effective educational programs require careful and accurate planning. The first step in educational planning is to assess the needs and demands of learners. In fact, need assessment is an important tool in designing, developing, and evaluating educational programs. (1,5,6)

Identifying educational priorities helps planners to prevent losing main capitalizations and resources. More emphasis and consideration in training these priorities will increase the effectiveness of the program and reduce the risks of threatening the community due to the inadequate physicians' ability. Due to the fact that many patients are referred to doctors in the field of internal medicine, pediatrics, emergency medicine and neurology, this study aims to determine the most important priorities of general medical graduates in the field of internal medicine, pediatrics, medical emergencies, and neurological diseases.

This research is a cross-sectional descriptive study including two stages of identifying and prioritizing educational needs. The population included graduate general practitioners who had at least 3 years of clinical practice as a general practitioner in health care centers and participated in the study voluntarily and were randomly selected. Excluded criteria was, not completed questionnaires. The sample size was calculated using Cochran's formula with alpha = 5% p = 50 and d = 5%. 384 out of 400 participants were studied. The data gathering tool was a researcher-made questionnaire.  Also this study considered reviewing on  the Ministry of Health's and other Iranian medical universities’ existing documentations on general practitioners' continuing educational programs, as well as international associations such as the World Federation of Medical Education (WFME) and Medical education databases have been focused on. After discussing in several group discussions, researchers of the present study have categorized and edited items related to internal, pediatric, neurological and epidemiological areas.

In the next stage, based on the results of the first part of the study, a questionnaire was prepared and the necessity, relevance and importance of each of the selected topics were assessed.

Assigning the scores of the preferred priority in each area was based on a 3-point Likert scale from the highest priority and the medium priority to the lowest priority. Referring to the education department of the university, participants were randomly selected from continuing education programs of the physician's list. After attending in one selected program, the sufficient justification of the goals of study and details on fulfillments of the questionnaire were announced to participants. The questionnaires distributed among doctors and data gathering performed based on face to face interview. Also, for ethical reasons, it was noted that the information was not individually reported, and in this regard the participants were given reasonable assurance. The validity of the tool was confirmed by sending a questionnaire to 10 medical education specialists and applying their expert opinions. To confirm the reliability, 20 physicians were approved at two rounds during two weeks, and the Cronbach's alpha coefficient was 75%.

The descriptive statistics was expressed in terms of frequency and average, also in form of tables. The relationship between qualitative variables was performed using Chi-square test. Statistical analysis was performed using SPSS software version 11.5 and P value less than 5% was considered statistically significant.

The total number of general practitioners in this study was 400, of which 240 (60%) were male and 160 (40%) were female physicians. Figure (1) shows the first three priority educational priorities from the point of view of physicians in the internal, pediatric, neurological and emergency medicine areas. 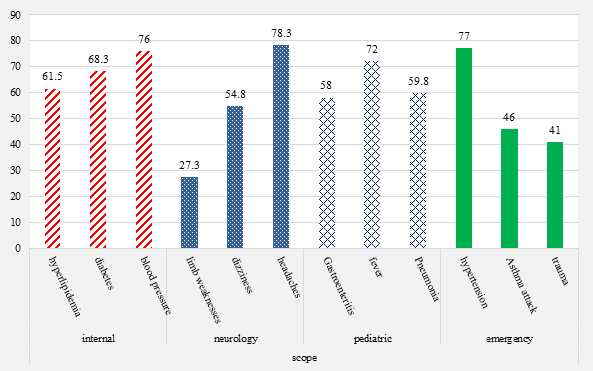 Figure 1. The most  important  educational priorities to physicians in selected areas

Table 1. Educational priorities in internal and pediatric from the perspective of general practitioners in terms of gender, place of employment and age.

Table 2 examines the differences in educational priorities in neurological and emergency diseases in terms of three variables: sex, occupation, and year of employment.

In order to improve the level of efficiency and effectiveness of all training programs, needs assessment should be prioritized. Before the actual training takes place, the training manager must determine who, what, when, where, why, and how to train. On the other hand, in the current education system, it is necessary to consider the economic aspects and the rational use of human resources in order to identify the training needs and demarcate the appropriate and modern training priorities and methods in the continuing education programs to make the best possible use of the limited resources (7).

Over the past years, various studies have been carried out to determine the educational priorities of general practitioners in order to enhance and target the educational programs. In almost all of these studies, the priorities under consideration of different areas are generally expressed; however none of them specifically set priorities in one or more specific areas. For example, in a study conducted in 2009 by Tehran University of Medical Sciences, priorities which were generally categorized into 5 axes of skin diseases, poisonings, emergencies, forensic medicine and clinical pharmacology and did not specifically address items in each axis. (8) Also, in the study by Shirazi, the priorities of the 10 axes were generally evaluated and expressed in general. (9) In this study, in order to promote and target the educational programs for general practitioners, who are the first level of treatment for patients in various therapeutic areas, the educational priorities in the four main domains including internal diseases, neurological diseases, emergency medicine, and pediatric diseases were examined from the point of view of general practitioners.

Results in the field of internal diseases showed that the three educational priorities in this area were hypertension, diabetes and hyperlipidemia.

The results of this study were in agreement with those of Shakornia et al. In the study of Shokrnia et al. (2004), 300 general practitioners of Khuzestan province were assigned to determine their educational needs (10). The results showed that from the perspective of general practitioners, internal medicine was one of the high priority areas. Among the internal disease group, hypertension was one of the three educational priorities.

The results of this study are in line with the study of Yamani et al. (11) with the aim of evaluating the learning minimums of general practitioner working in private and public sectors of Isfahan University of Medical Sciences. Yamani also cited headaches and dizziness as educational priorities from the perspective of general practitioners. He also cited these priorities as cases that patients typically refer to the first level of health care services such as GPs, urban and rural health centers. However, in our setting, medical students are less likely to encounter such cases in specialized and sub-specialty wards of educational hospitals, since they receive most of their education during general medical educational curriculum.

The results of the study by Nouhi et al. (12) also showed that from the medical point of view, acute respiratory infection and fever were among the educational priorities. Given the importance and priority of pediatric diseases, it is suggested that these topics should be considered in continuing education. Concerning the effect of gender, employment years, and place of employment on GPs' choice of educational priority, these variables should also be considered in educational planning.

The support of Mashhad University of Medical Sciences is acknowledged for its credibility. The director and experts of the University Continuing Education Center, Mashhad Medical School officials and general practitioners in Mashhad are honored.

This article is extracted from a research project sponsored by Mashhad University of Medical Sciences, under code 922155.

The authors declare that there is no conflict of interest.